Deprecated: The $control_id argument is deprecated since version 3.5.0! in /var/www/wp-content/plugins/elementor/modules/dev-tools/deprecation.php on line 304
 Exercising our rights! - YEU International 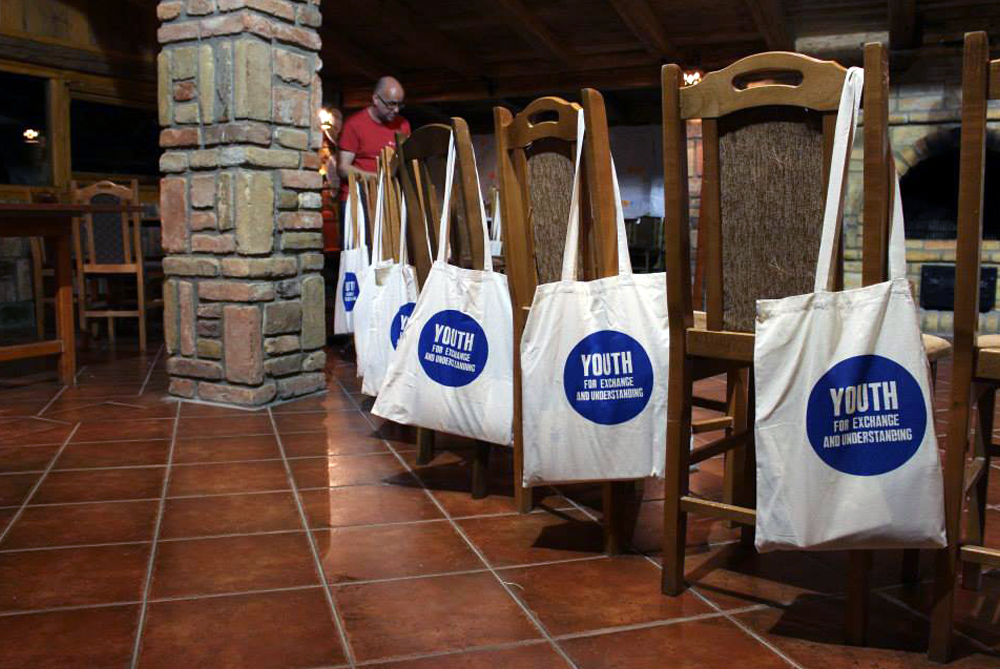 “Exercising our rights!” was a one year project developed by YEU which was implemented in Belgium, Serbia and Spain throughout 2014.

The aim of the project was to develop new tools and activities aimed at supporting young people’s understanding of social cohesion processes in order to motivate youth activists to implement local actions to serve as examples of good practices and to ensure the transfer of innovations from the European to the national and local level. The project involved 30 participants from 15 countries who were divided into 2 groups: trainers and organisers. The participants were required to test these new tools in their respective communities by conducting local actions, trainings or workshops.

YEU developed this project, placing social cohesion at the core, after realising that such a mobilisation was necessary given the context at the time. The economic crisis that struck billions of people around the globe carried consequences that were not only financial, but extended to the erosion of ethics and moral values, and lead to an increase of intolerance towards vulnerable groups in our societies.

The project was carried out in three parts. The first stage – “Building the Ground” – was completed in April 2014 in Brussels, Belgium. There, the group initially tackled the concept of social cohesion and the relevant context and terminology. The second stage – “Innovation and Creation” – took place a month later in Sremski Karlovci, Serbia, where the tools were conceived and developed. Following this meeting, participants had the opportunity to put theory into practice and test the tools in their local communities. In the final meeting – “Evaluation & Follow up Seminar” – which took place in September 2014 in Mollina, Spain, as part of the University on Youth and Development, local actions and implementation processes were evaluated, feedback was shared and the tools were finalised and collected. That was where the formal completion of this ambitious plan, whose ultimate goal was to share good practices with organisations and individuals who want to make a change through NFE, finally took place.

Overall, through this endeavour, YEU further built on the capacity of youth activists working on social cohesion processes in their communities, and simultaneously made a lasting contribution to the non-formal education arena by developing 18 new tools on the importance of social cohesion.

You can download the manual at the following link: https://yeu-international.org/en/publications/toolkits/exercising-our-rights.

Since the dawn of “Exercising our Rights!” these aims have served as the compass leading the efforts of everyone associated with the project. As a creative process it has been filled with enthusiastic initiatives from youth workers, trainers and organizers alike, and has been marked by hard work and dedication.

One of the most frequent questions was: “There are so many tools, so why did we decide to develop new ones?” World is changing, Europe is changing and so are we. We believe that we need to be in touch with young people and their changed needs, beliefs and understanding of the world that surrounds them. We, actually, wanted to hear it from them – what do you want to do or speak about when in youth event? Which issues need to be tackled? Young trainers and organizers from around Europe and North Africa were working hard on this supported by YEU trainers and organizers.

So, we have developed 18 new tools about the importance of social cohesion. As social cohesion, there is variety of topics among these 18 tools and we think all of them are equally important.

In Mollina, Spain we gave our tools to other trainers for feedback – what is clear, what’s not, does it make sense, is it confusing? Some tools went to trash…many were improved. Why did we give them to others for feedback? Because we want to see them in wide use in youth events ready to be implemented.

All the tools are available at YEU website. The process has been supported by European Youth Foundation.

“This is my first experience with long term projects, where you work with the same people. It was really nice to see these people again, mostly because we created strong connection between us and probably that was the reason why we increased our productivity as well.

This was the most important part of project – developing of the new tools. We challenged our creativity, innovation, tried to make non formal education even more approachable and fun. We learned a lot about co-working, learning to learn, methodology in non-formal education, etc… For the entire week trainers encouraged us to be creative, this process for some was a bit emotional, tiring and hard at the beginning. But after we went deeper as a group we realized how fun it was actually.

We worked in groups and we were divided by our first plan of local actions; together with our pair we talked about biggest and most visible problem in our community and possible solutions. According to these problems, we got other countries with same or similar problems and we worked with them on new tools. For example, mine was stereotypes and prejudices, other group had youth unemployment, some of them media impact, etc… You will have chance to see, try or read about these great tools that we developed after summer, during which we have task to organize two workshops and one action for implementation of these tools in our local communities. Wish us luck and keep your fingers crossed!”