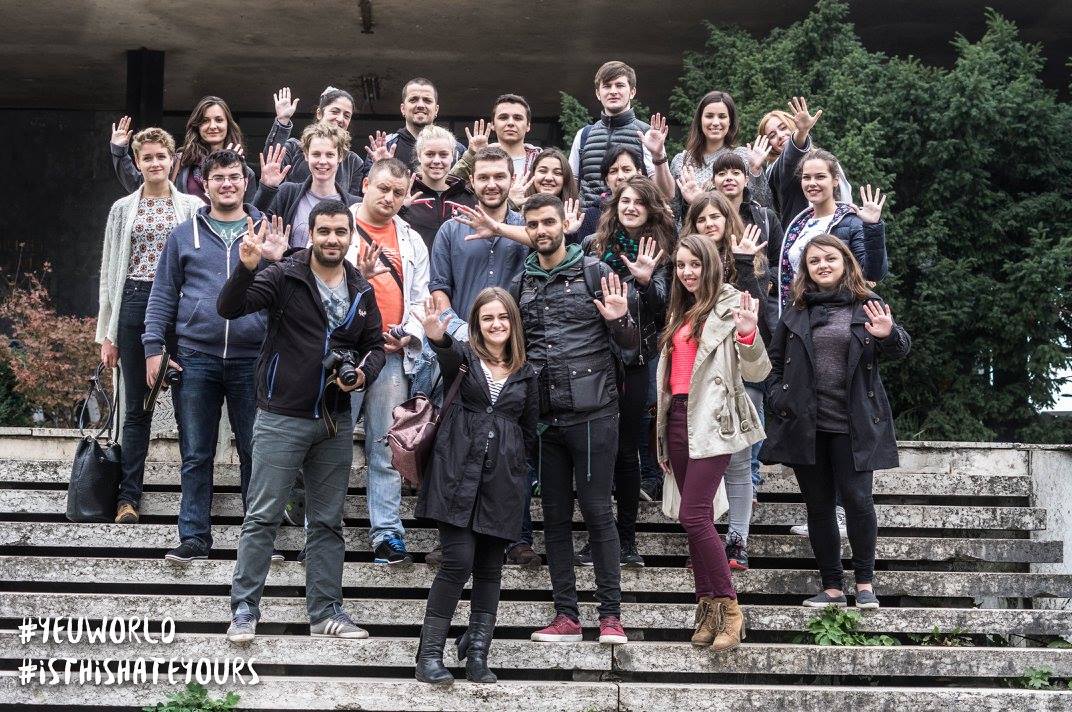 Tour of tolerance – Excuse me, is this hate yours?

“Excuse me, is this hate yours?” is a one-year long project developed by Youth for Exchange and Understanding that was supported by the European Youth Foundation, which gathered over 20 young people from 14 different countries (Armenia, Azerbaijan, Cyprus, Croatia, Bosnia and Herzegovina, Greece, Turkey, the Netherlands, Serbia, Kosovo, FYROM/Macedonia, Ukraine and Russia), including (post)conflict areas, in Croatia and then in Cyprus.

The main aim of the programme was to develop the capacities of youth from (post)conflict areas to act as multipliers in their local communities in processes of peace building, intercultural dialogue and struggle against all forms of hate speech in neighbouring regions. The project was developed in 3 different phases.  In March and April 2015, the participants first gathered for a 6 day long training course in Vukovar, Croatia, called “Hate will tear us apart”. There, they spoke about conflicts, hate speech and identities and set common grounds before then going to Cyprus in June 2015 where they created a theatre performance and play in Nicosia. The project culminated in October 2015, with the participants gathering one last time for a “tour of tolerance”, which consisted in travelling by train around the region performing the play as a way to generate discussions about the topic with the local communities.

You can find more information about the participants’ personal experience at the following link: http://excusemeisthishateyours.yeu-international.org/opinions.html.