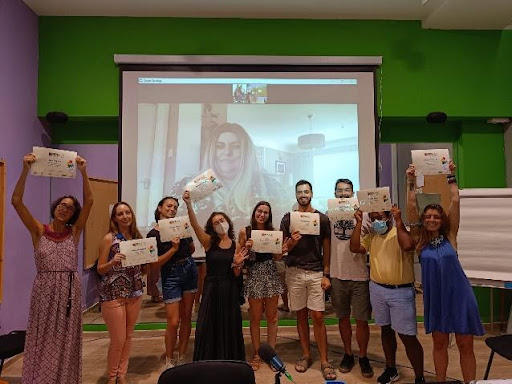 Between the 16th and 17th of September, USB hosted at our offices the 4th Transnational Project Meeting of the project “RAISE!”. Nine representatives of the 6-organisation partnership came together in Thessaloniki in order to discuss the final steps of the 2-year project and to reflect on their so-far work. The discussions mainly concerned the refinement of already produced manuals aiming at the enhancement of their impact. The manuals’ production is to equip youth workers and young people with tools to adopt and spread resilience against hate speech. Considering future plans, we discussed the last output of the project, which will include policy recommendations for the prevention of hate crimes that will be adopted by local institutions and youth workers active in the field of social inclusion.

The project “RAISE” seeks to raise awareness of hate crimes between the community and local institutions and to provide support and tools for the pursuit of greater justice and equality in this area. The project’s priority is to help tackle diversity and promote the common values of equality and non-discrimination, to find strong solutions to reduce hate crimes and to promote social inclusion by creating a more conscious, cohesive and inclusive society. The importance of the internationalization of this project is to strengthen the EU’s values ​​and to raise their awareness, creating an inclusive Europe without hatred for differences in a mixed and different Europe that sometimes shows intolerance and instability.