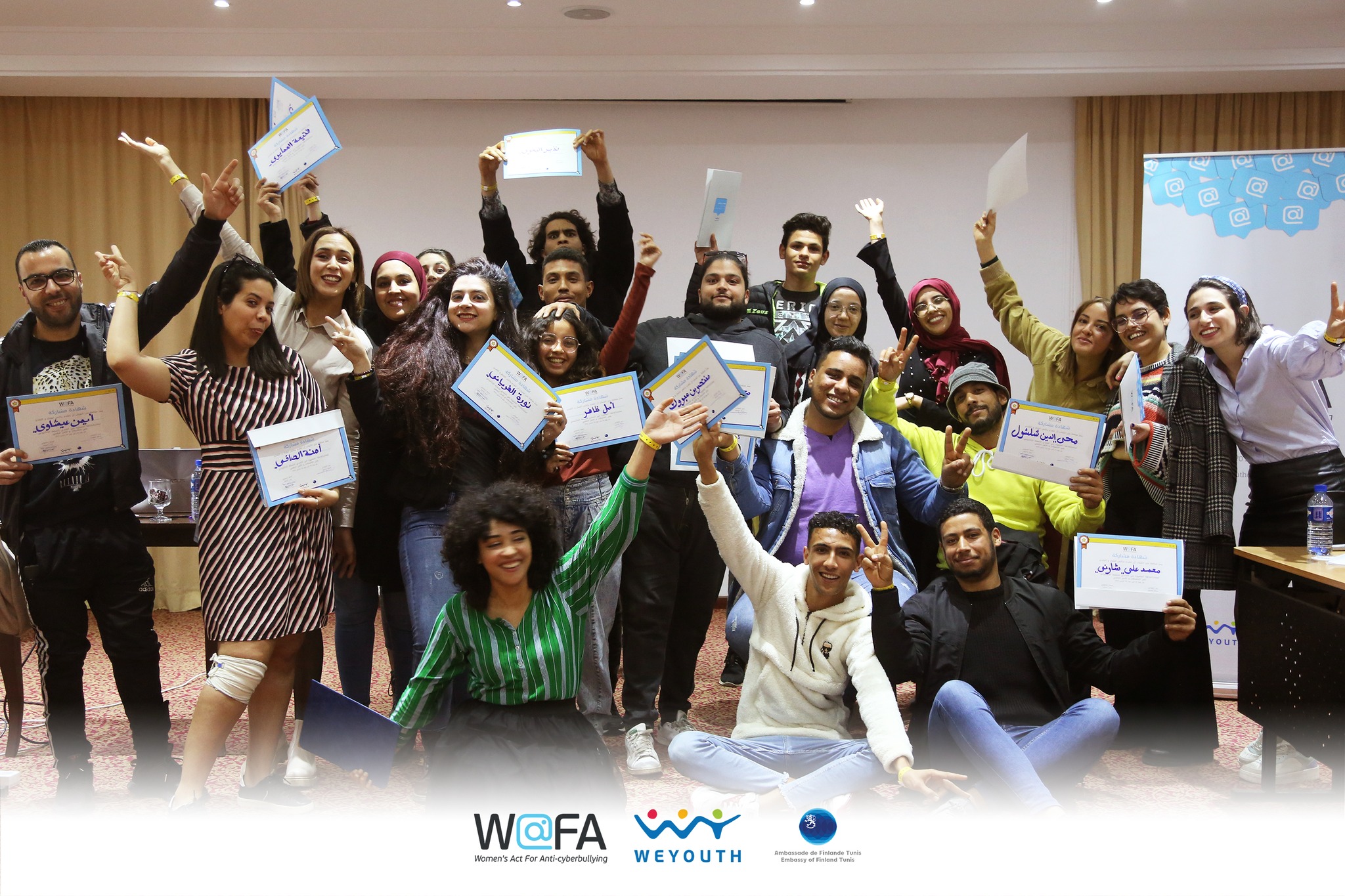 WeYouth Organization is a Tunisian youth-led organization which envisions a Tunisia led by empowered  youth. The mission of the organization is to contribute to youth development through capacity building, youth led projects, exchange programs and the implementation of youth policies. The organization is based in Sfax, in  the south of Tunisia, but works throughout Tunisia. We focus on five thematics which are: Education, Gender,  Economic Opportunities, Peace and Civic Engagement.

May was a month of achievements for the Organization. Especially for the “Women Act For Anti Cyberbullying”(WAFA) project, which was implemented by “We Youth Organization”, under the program of  PEACE, and supported by the Finnish Embassy in Tunisia. The project aimed to fight cyberbullying through  engaging youth in discussion circles and training with experts and activists. WAFA managed to raise awareness  regarding the negative impact of the mentioned phenomenon, with a special focus on the country. Furthermore,  it achieved to offering legal support tools for the victims of this act and elaborate recommendations and  drumming up support for legal initiatives in order to legally contain this phenomenon.

In May, WeYouth published the report of the WAFA project: “An Analytical Report on Gender-based  Cyberbullying against Tunisian activists”. This report sheds light on the main challenges related to gender-based  cyberbullying faced by Tunisian activists and will serve the purpose of orienting the following phases of the  project and inspire new project ideas for the future.

You can find the report on this link: WAFA report WeYouth Organization

It is important to menTion that In Tunisia there was no previous research conducted on gender-based  cyberbullying. The phenomenon, despite not being new, has reached a preoccupying magnitude and puts people  in danger every day. The target of the study is Tunisian women activists, women that overcame social barriers  and occupied a leadership position in a civil society organization or in a political party or as independent activists.  The study focuses on the challenges related to cyberbullying faced by activists because of their activities and  their gender.

WeYouth believes in the importance of working together to fight against cyberbullying. We’re eager to keep  working for the cause and we’re open to new collaborations and suggestions. Follow us on our social media to get the latest update on all our projects.