Deprecated: The $control_id argument is deprecated since version 3.5.0! in /var/www/wp-content/plugins/elementor/modules/dev-tools/deprecation.php on line 304
 YEU developing YOU - YEU International 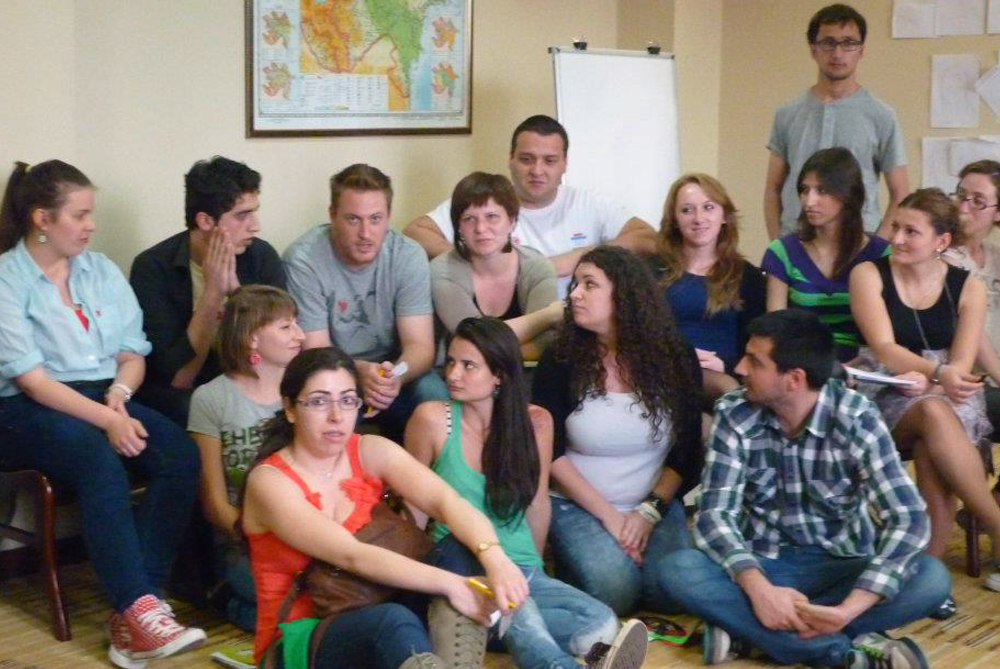 “YEU developing YOU” is a project which took place in Ganja (Azerbaijan) in 2012. The project consisted of two parallel training courses: “Mainstreaming Gender Issues in organising youth exchanges and training courses at the International Level – Road to gender equality” and “Facilitators for future – Facilitating Transformation in Multicultural Societies”. The event, which was supported by the European Youth Foundation, gathered 50 participants from 21 different countries from YEU member and partner organisations, was led by a team of international trainers and supported staff members from YEU and YEU member organisation Bridge to the Future.

The main objective of this event was to develop the youth leaders’ competences related to mainstream gender issues in youth activities, and to increase the understanding and utilisation of non-formal education when working with diverse and vulnerable groups of young people. The project tackled two of the core issues many countries across Europe face; youth unemployment and social exclusion, and how these threats can be fought through social entrepreneurship.

The need for such a project to arise came from alarming statistics. According to the most recent EUROSTAT research at the time, youth unemployment in the EU28 area was extremely worrying. For instance, youth unemployment rates in countries like Greece and Spain were well over 50% in 2012. On a similar note, up until that same year, almost 25% of the EU28 (EU27 at that time) area was at risk of poverty and social exclusion, with young people being the second most-hit category (after citizens over 64 years of age). As a result, the topic of social entrepreneurship was as relevant and needed as ever, as a way to help young people empower themselves financially and socially.

In the earlier stages of the project, the participants, led by PET trainers Igor Jojkic and Valerio Sampaio, and a new face in YEU Daniela Alexeiciuc, started to get to know each other and to discover the situation young people face regarding unemployment and social exclusion in different countries. After this first phase, the group familiarised itself with the topic of social entrepreneurship and brainstormed on what it means to be a successful entrepreneur. Additionally, the group had the opportunity to meet the representatives of local social enterprises to have a direct contact with the topic they were exploring. By the end of the programme, the participants had developed their own action plans for possible social entrepreneurial initiatives that they could implement once back home. Some of these initiatives were also included in the guide “Steps towards social entrepreneurship” that came as an outcome of the project available at the following link: https://9g5599.n3cdn1.secureserver.net/download/Steps%20towards%20social%20entrepreneurship.pdf.