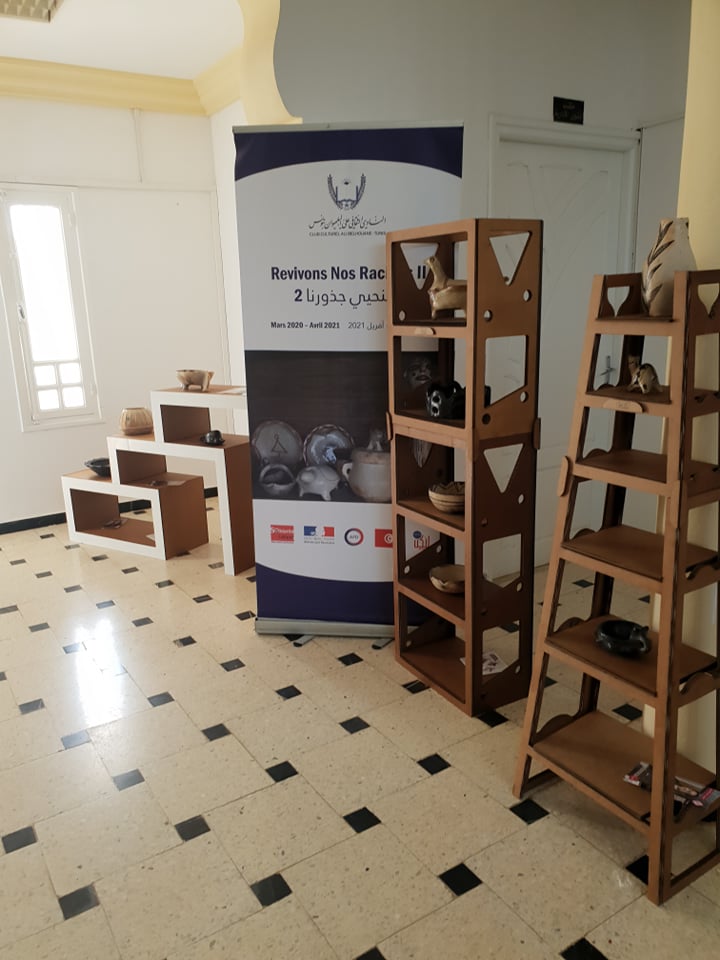 Context: The Sejnen region is a marginalized and underprivileged region. Young people encounter many problems of a social, economic and cultural nature. The school dropout rate is alarming and is closely linked to the economic difficulties of families who subsist from agriculture, which remains rudimentary and generates poor income. The economic pattern is unequal with the monopolization of men from agricultural activity and women, generally the oldest, of the know-how of Berber pottery. Young girls and women only benefit from poorly paid and physically tiring activities in these two sectors of activity. The current socio-economic context, in flagrant lack of opportunities, does not allow the opening towards other activities of artisanal work, nor of marketing of their products.

In fact, we have seen a great need for capacity building among young girls who have dropped out of schools, who are inactive and who have enormous potential to be gifted, creative potters who want to work with a new entrepreneurial spirit.

The majority of the associations which intervened in the territory of Sejnen concentrated on the work with the older or younger potters and they neglected the work with the young girls by thinking that they are not interested in this ancestral activity ” tiring and generating little income ”.

What social change does the project want to contribute to?

After the execution of the project “Relive Our Roots” during its first phase in 2017, the women involved in this project (30 selected potters + 32 potters who joined the group spontaneously) as well as their families (mainly young girls), after having noticed a considerable socio-economic and cultural impact, wanted to continue working with our association and design a follow-up to the first project. In fact, Sejnen has artisanal potential and many tourist opportunities, which are not yet fully exploited. With this project aimed at revitalizing local territories, we wanted to contribute to real changes that target mentalities, the socioeconomic situation, the cultural aspect, the tourist aspect. In fact, the tourist activity was, in this project, mobilized as a tool of economic diversification in this troubled territory.

The proposed project was able to respond in part to the need for economic and social recognition of young girls and women potters. The implementation of this project, in its second phase, which comes from a real need in the field expressed by the women and young girls of Sejnen who were attentive observers during the first phase of the project, allowed the young potters to be real agents of change in their territory and their socioeconomic situations. A territory that has a great chance of being an important craft and tourist site. In fact, by equipping young potters with the necessary entrepreneurial skills and negotiation with local actors, they began to create their own projects and thus collaborate in the change of their territory on all levels: economic, social, cultural, tourism and even at the level of citizen participation of women.