Deprecated: The $control_id argument is deprecated since version 3.5.0! in /var/www/wp-content/plugins/elementor/modules/dev-tools/deprecation.php on line 304
 News from YEU Cyprus - YEU International 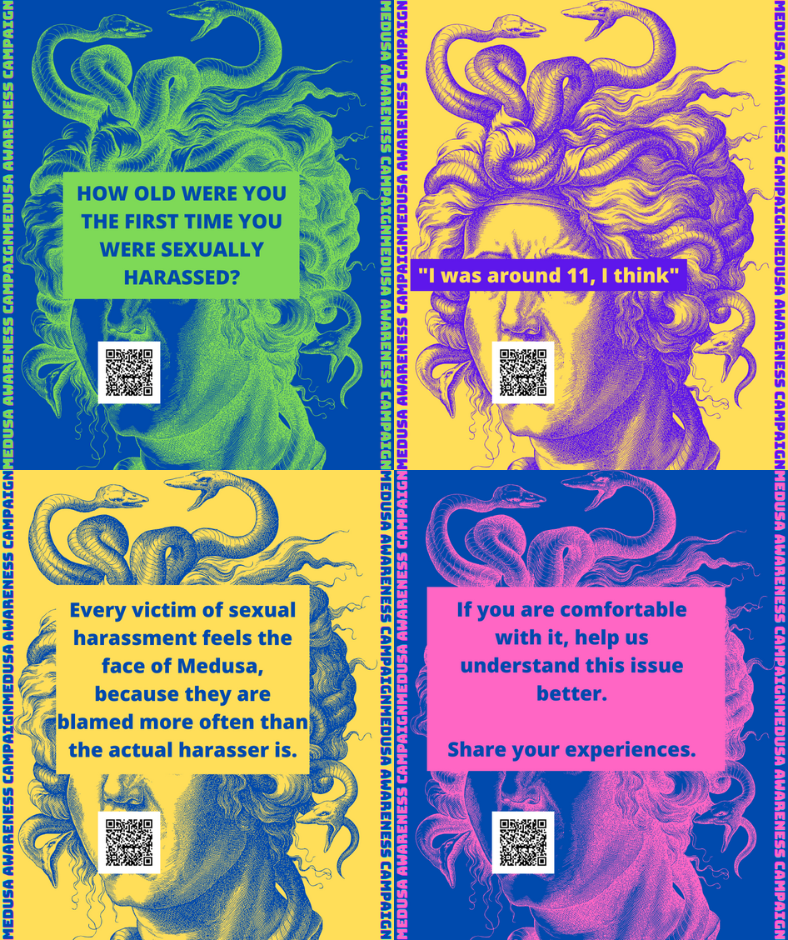 In the past months the streets of Nicosia got filled with our colourful stickers of the MEDUSA project. Please do not get distracted by the vivid colours of our stickers! This project is an awareness-raising campaign about sexual harassment. Like the scary side of Medusa’s hair, our stickers get misinterpreted.

The name of this project is inspired by the story of Medusa. Medusa was a beautiful priestess of Athena that was raped by Poseidon and turned into a monster with snakes for hair. We have been conducting this campaign since June 2022. The first step of the project was anonymous research, where we asked people “how old they were when they were the first time they were sexually harassed”. This step was aiming to spark outrage and start the conversation.

This first action resulted in several “sticker campaigns” and a second project, Medusa 2.0., where we are collecting data about experiences of sexual harassment. We will use this data to write a report and create another campaign with the results from the research. The results and the campaign will be presented in a one-day event in November 2022, that will take place in Nicosia. This event will include a round table about the history, social impact, and legislation of sexual harassment in Cyprus, and an afternoon of workshops around the same topic.

We can’t wait for that workshop, and to raise awareness about something so important, yet most of the time silent. In the meantime, Medusa is calling Medusa 2.0 for solidarity and understanding toward victims of sexual harassment, leaving space for more actions to come.

Youth in conversation with…

“Youth in conversation with…” is a successful recurring event series, which facilitates a close encounter between youth and a high-profile speaker who has expertise in their specific area, under the moderation of an ESC volunteer of YEU Cyprus. The aim of this event is to enhance knowledge and understanding of the decision-making levels among under-represented people and therefore promote their access to these levels. By familiarising marginalised people in Cyprus with various governance and policy-making institutions, we strive to bridge the gap between the under-represented youth and women and these authorities.

In the first edition, which took place in June, the youth went into a conversation with Cypriot diplomat Mr Andreas Kettis, Head of the European Parliament Office in Cyprus. Topics such as war and peace in Europe, the Cyprus issue, youth representation, and the European Parliament were discussed. During the second edition with Ms Fay Woolley, Chief of the Civil Affairs Section of UNFICYP, in July, the Cyprus issue was discussed from the perspectives of both the UN and the youth of both sides. Political willingness struggles were faced and the advocacy involved was brought up.

The young audience is grateful to be given the opportunity to ask high-profile speakers any burning questions and to have a frank conversation about issues at heart during these events, and the speakers enjoy the engagement with the youth as well. Stay tuned for more “Youth in conversation to come…”.