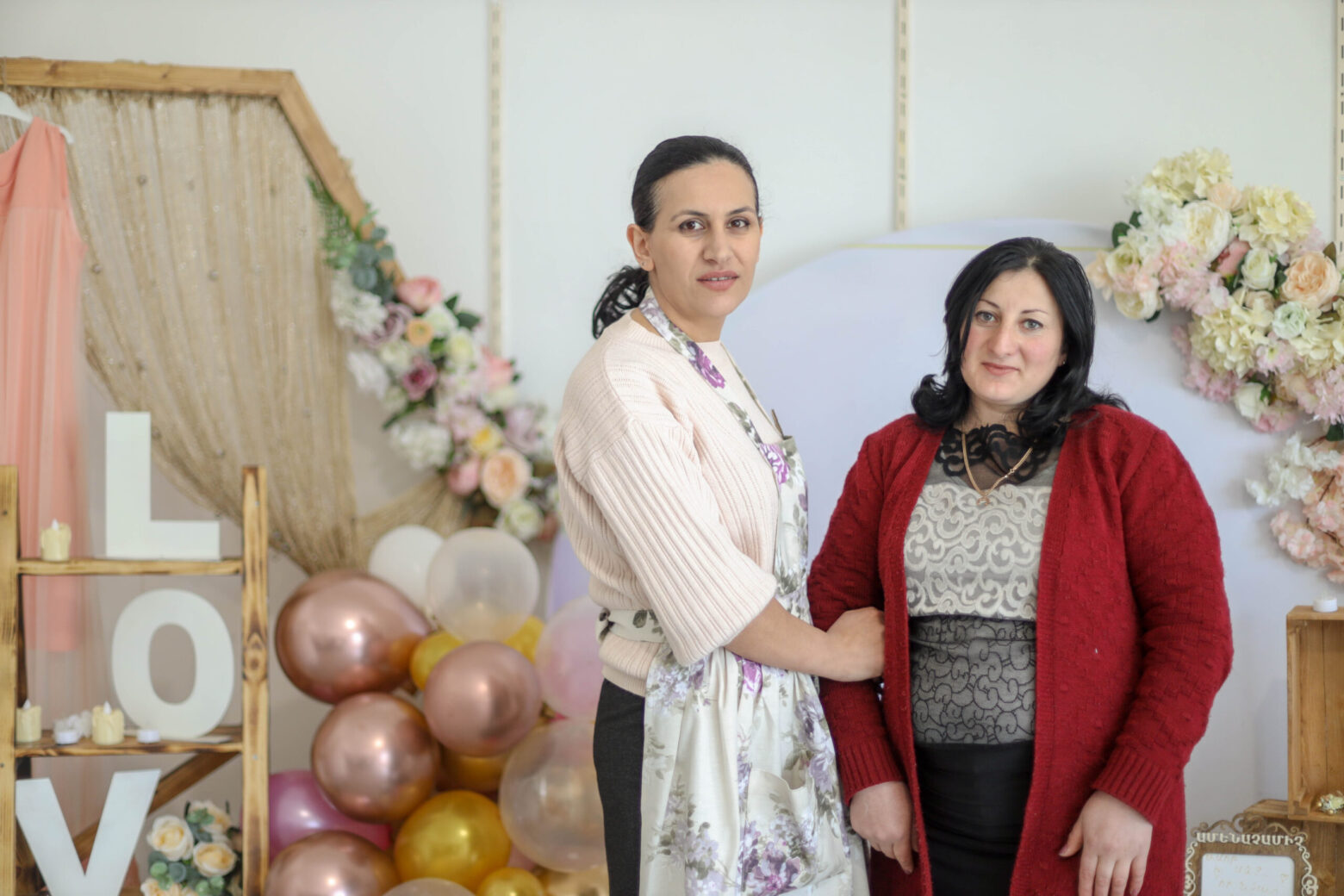 Strengthening Stability and Resilience of the Bordering Communities of Armenia

In the aftermath of hostilities between Armenia and Azerbaijan, employment is one of the major factors contributing to achieve stability, reintegration and socio-economic development in the regions affected by the armed conflict. Job creation provides communities and individuals the means for survival and recovery.

Currently the project enrolls 70 unemployed people with a displacement background in 11 communities of bordering regions. They are involved in the local labor market through a short emergency employment and work-based learning scheme that covers their monthly salary, taxes and social payments as well as cost of coaching and work-based learning of Employer.

The main objective of the project is to address challenges of local economic recovery by the means of emergency jobs creation and income generation in the most affected by the conflict communities.

Tanguhi Stepanyan is one of the beneficiaries of the project. She was 8 years old when she moved to Nagorno-Karabakh with her family. Due to the unexpected war, Tanguhi and her three children were forced to leave their home and get a shelter in the city of Kapan for 2 months. Realizing that there is no longer a perspective of returning home, her family relocated to Getap village of Vayots Dzor Province in Armenia.

To carry on with her life and take care of her kids, Tanguhi started looking for a job and reached out to the Regional Employment Center in the city of Yeghegnadzor. Here, she was offered to enroll in a work- based learning program, which would serve her as a source of income and help become more competitive in the labor market. Without any hesitation, Tanguhi joined the program – generating income for her family has never been this important as she is expecting her fourth child.

Currently she works at the Galstyan Studio – a small design and event management company in the city of Yeghegnadzor. Here Tanguhi learns organizing and designing banquets and stand-up meals for different types of events. Her mentor Ani Galstyan – founder and the director of the company – shares her years of experience and expertise with Tanguhi. Together they organize weddings and children’s parties, decorating event tables and venues as well as taking care of other logistical matters.

Having been trained as an accountant back home, Tanguhi has always been interested in organizing celebrations and other types of festive events. Once her baby is born, Tanguhi plans to improve her sectoral skills and continue working for Galstyan Studio.

The project is funded by the UK Government’s Conflict, Stability and Security Fund (CSSF) and is implemented jointly with UNDP and UNICEF in partnership with the Government of Armenia.