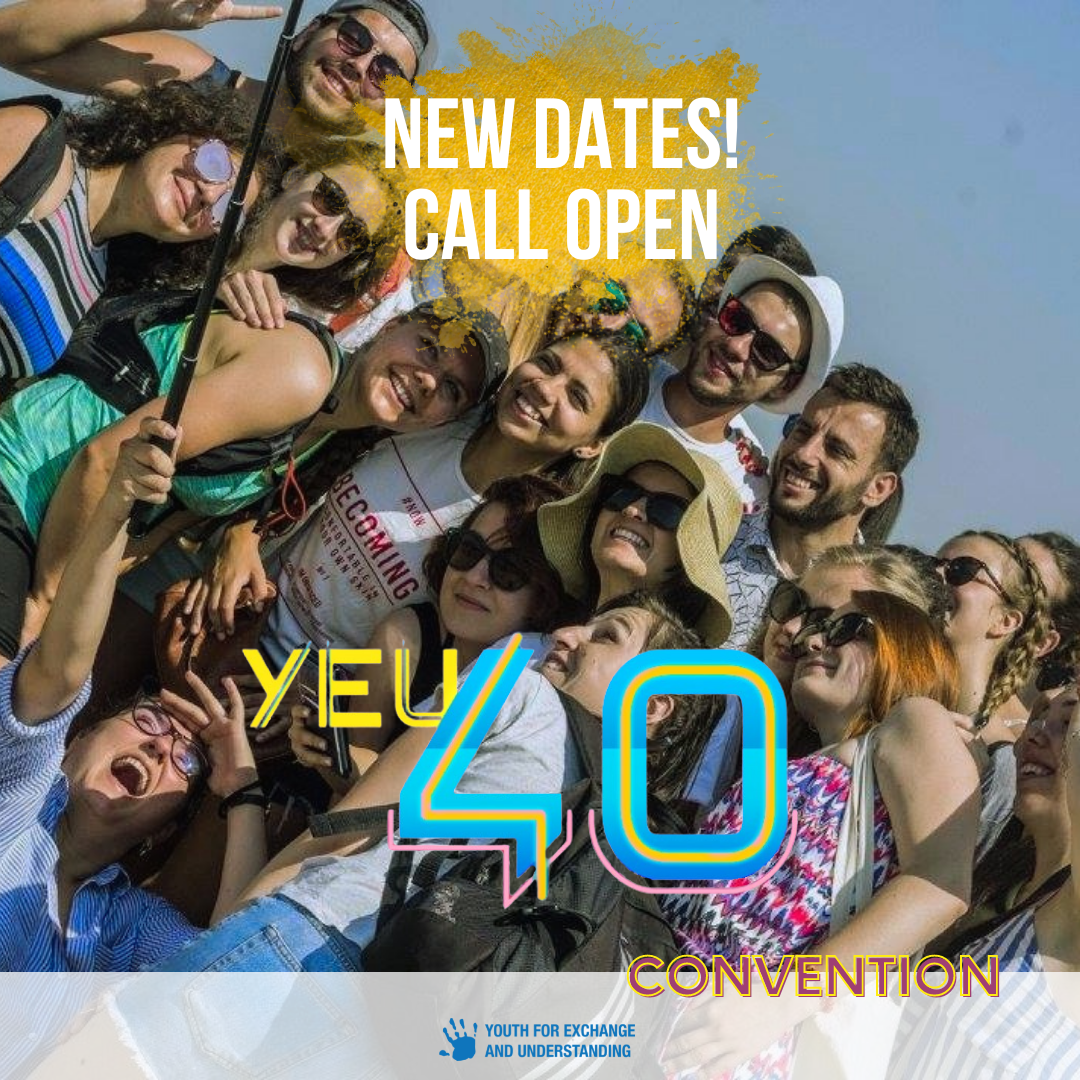 YEU is opening the call for its 40th CONVENTION: the Convention will take place from the 20th to the 29th of September 2022 in Stratoni, Thessaloniki (Greece) and in Ohrid (North Macedonia). The event will be organised in the framework of our project “Superheroes of Climate Change”.

About the Project: “The Superheroes of Climate Change” is a project that wants to enhance the ownership feeling of green agenda and pursue its mainstreaming – ensuring it is high on priority list of every citizen no matter of age – by bringing the climate change closer to hearts and realities of young people around Europe by applying positive approach and “we can do it” attitude.  The process aims at gathering organisations and young people coming from different and diverse contexts, EU, and non-EU, for the purpose of learning from each other, sharing information and practices but also contributing to the outcomes of the Superheroes Workplan with their own different realities.  The organizations and young people will be able to give different perspectives while still having a high quality level of learning, discussions and sharing!

Objectives of the project are:

The following activity of the workplan is:

The History of YEU Convention: The history began in 1980, when the non-formal Catholic group, from Germany, decided to make an international camp. The idea of the event had been waiting one year to come true in the Bavarian Alps, on the beautiful lake Koshelsee, during the summer of 1981. The participants were youth from Italy, Austria and Germany. The same group organized a camp next year in Schrottenbaummuhle, under the theme “Symbols in our lives”, with much more participants than before. And it started… After this event, the group decided to organize a very big camp, in the same place. This event was one of the main events which influenced the development of YEU the most. It was the first International Youth Convention in August of 1983.

The topics of the event were more than symbolic, “Borders between people and peoples”, like a symbol of exchanges between countries, especially between youth in Europe. The camp was divided into four villages and each camp village consisted of several sleeping tents and one larger meeting – tent. The number of participants is very hard to reconstruct, but it was between 120 and 140 youth all from Europe which were facilitated by twenty animators. For today’s conditions, it was a big event, hard to organize, especially if we know that communication and technology aspects were not developed like today.

The participants were thinking how borders can be less strong, and how to increase mobility of youth in Europe. The second Convention was about a way of doing that, through a culture of peace and understanding, later and these days it is still the base of YEU. Little sibling of YEU continued to grow up, and next, the bigger International Youth Convention, took part in the country in which participants were more active.

Till today, YEU baby has grown up into a responsible person, 41 years old, who is aware that modern society is not ideal, and that we have to work a lot, if we want a peaceful future society. “Nobody” must be past, because everybody has their own name, and the right to be different.

* We will be spending 4 days in Greece and 5 days in North Macedonia. YEU will take care of the transfer from Thessaloniki to Ohrid for all the participants