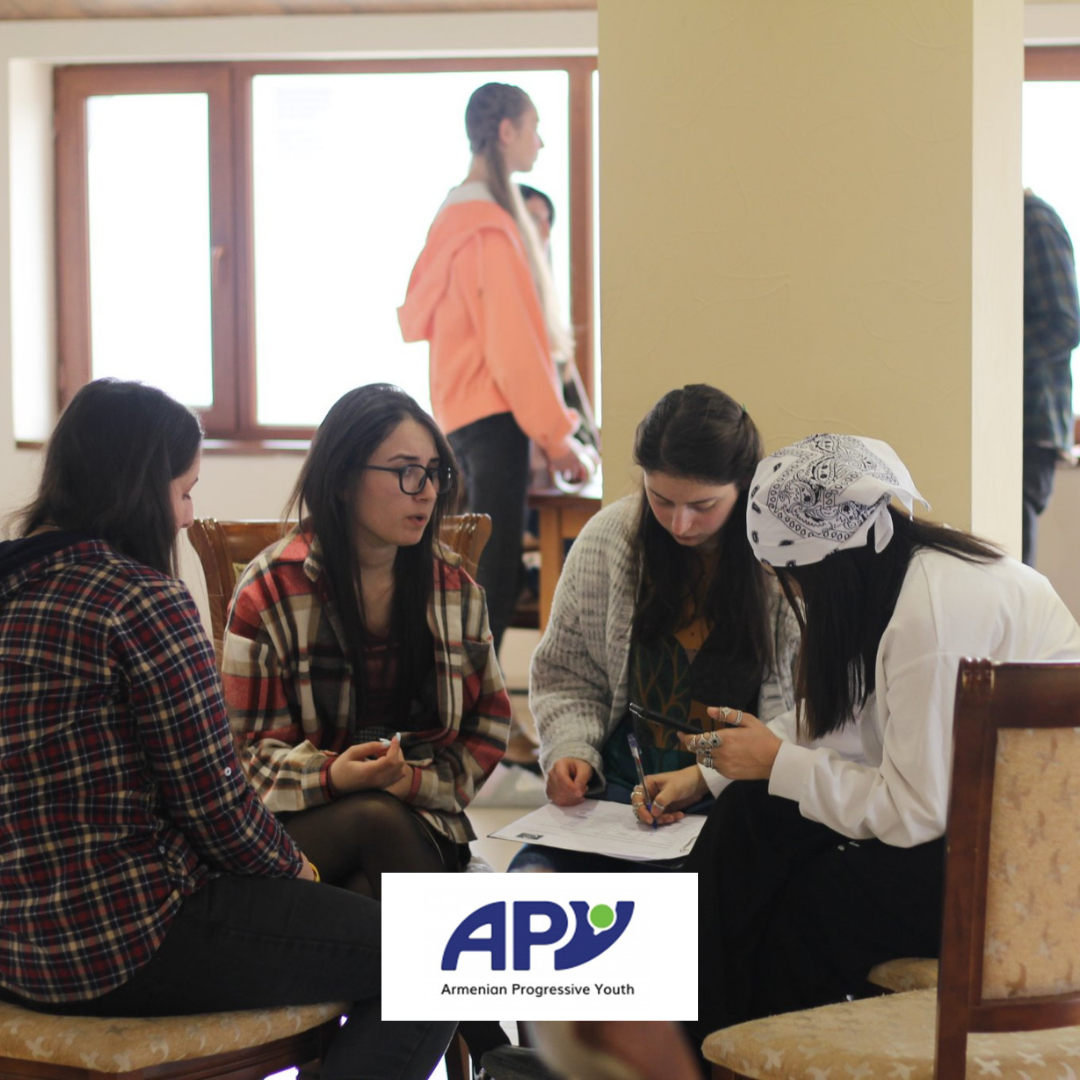 For a one week, from 10 to 17th of March, Armenian Progressive Youth NGO with the support of European Youth Foundation of the Council of Europe has been running an intensive and multicomponent Training Course in Yerevan for 30 young people from Tavush, Gegharkunik and Syunik regions in Armenia to develop greater, more informed civic engagement in their regions equipping them with digital tools and technologies. Participants have had the opportunity to be part of different sessions such as on e-activism, media literacy, fact-checking, online data protection, social media campaigns, podcasting and much more.

The overall project intends to support them to use internet and digital tools to build their community, connect with other similar-minded people outside their physical surroundings as well as lobby for their rights, raise funds and organize local community events mobilizing people through different online platforms. The participants have already succeeded in generating 6 small campaign ideas they would like to start doing after the Training Course with the support of 2 APY mentors, but before that we decided to ask some questions to a few of them to see what they have learnt as a result of the Training and which sessions they liked the most.

One of the participants from Tavush region, city of Berd, Lilit said that she found the workshops on media literacy the most useful ones, even more, she passes on the skills she acquired during the course to her family members. Her favorite part of the training has been  diving into creation of podcasts, she knew nothing about before. Another participant of the training, Hrayr Dadikyan, was very interested in social media campaiging as well. Hrair and his team are already working out plans on how to share the knowledge received in their city of Martuni, in Gegharkunik region. Milena Vanesyan, another participant added that she really liked having the opportunity of doing team activities and practical exercises which is important for better understanding of new topics they had no idea about before.

Moreover, Karen Simonyan from Syunik is convinced that the training course helped him in his future professional career orientation. Karen wants to become a journalist and now he has more knowledge on media literacy and fact-checking.Now the participants of the training course are already getting ready for the second stage of the project – campaign development. The second stage is planned to be held in April and May during which they will try to put their knowledge into practice and activate their local communities.