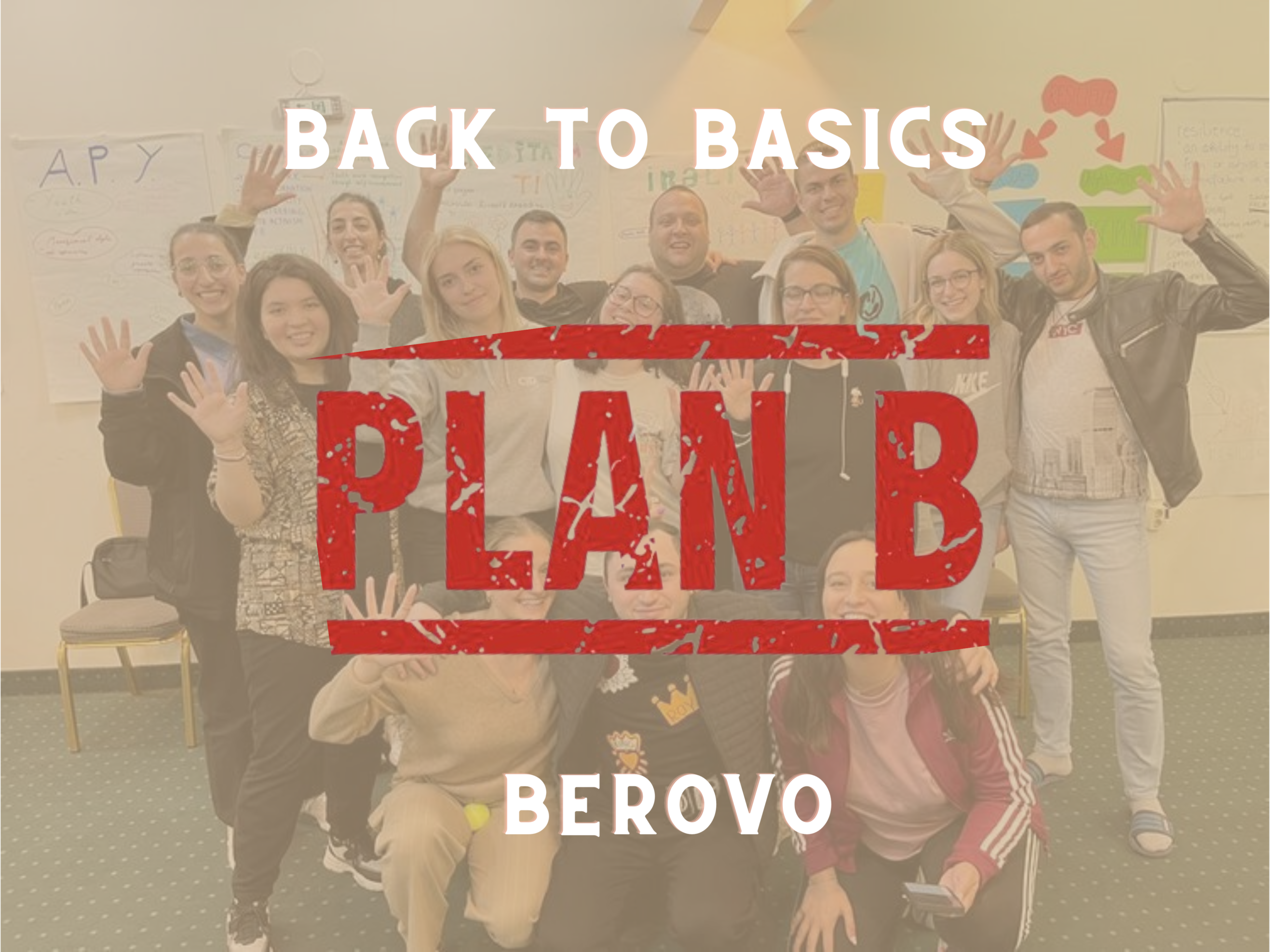 Plan B: Berovo was great!

An amazing full-immersion in the green hills of Berovo – North Macedonia: the best way to go “back to basics”. From the 15th to the 21st of May, the second activity of Plan B project took place, hosted by our MO and Project Partner CID – which we thank for great hospitality and support. After the first activity “Shifting the Focus” in Thessaloniki, participants participated in the second one, called “Back to basics”, in Berovo: they were taught to build capacities, related to both organisational and individual resilience with an approach “offline, rethinking, reconnecting”.

PlanB is a project funded by the European Youth Foundation that aims at preparing organisations and youth workers to be resilient and agile, to organise their work and work with beneficiaries by thinking several steps ahead: in such a time of crisis and uncertainty, organisations need to have a Plan B. The final activity of Plan B “Think Week” is already approaching: this time, 30 participants will gather in Sremski Karlovci – Serbia from the 28th of June to the 2nd of July, again supported by the close-knit team of trainers, composed by Marija Pantelic, Igor Jojkic and Carlos Matos Dos Reis. See you in Serbia!