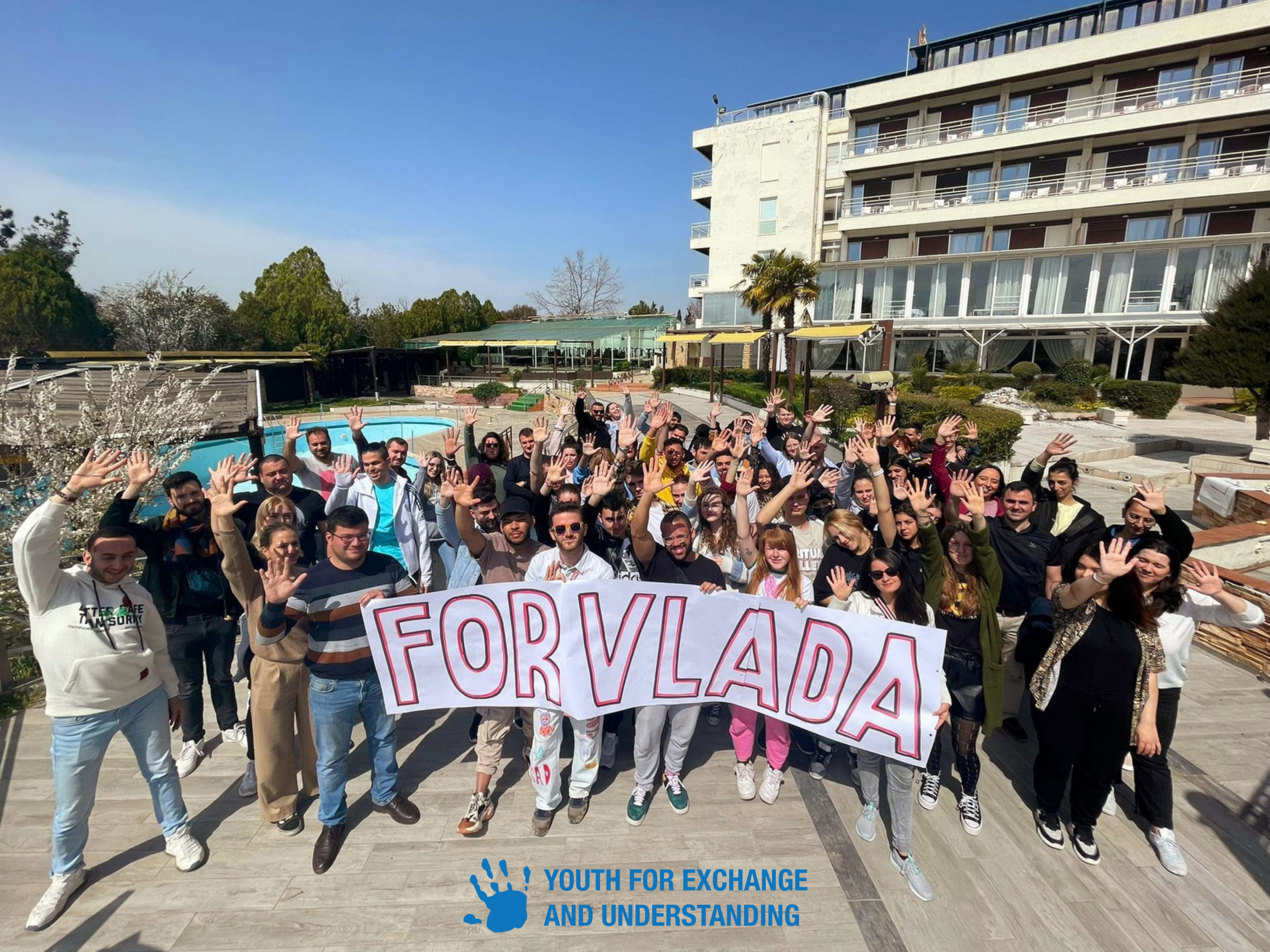 There are many people who have been through YEU during the past many years. To be exact, almost 41 years of legacy passed on to us by many amazing and great people.

One of them is Vladimir Mitrovic, but to many of us he was Vlada!

Vlada, who has changed the lives of many of us, directly by being there, supporting us, smiling to us, telling a joke to cheer us up, but also many of us through his work, commitment, and the will to change this world into better, and sure that he has left his mark.

Just when he became Secretary General, and the ideas for the work he wanted to do started flowing, we lost him! We lost the person whose meaning and role in this world was to work and bring the change that we all seek.

He planned the first event of this year in Greece, where we would be 80 people. And, yes, we are here. But we’re 79, because we are missing our Vlada!

Vlada, son and husband, brother and uncle, friend and colleague has always been the spirit and symbol of YEU! With his enormously strong and amazing values, personality and impact he never left anyone untouched!

We have been struggling to find the words, and finish the sentences that would describe him to the ones who read those words. Knowing that only 2 months have passed since the heartbreak and pain after losing him, we still have to make him proud by doing what he wanted us to do.

The Governing Board and YEU family have come to a decision to proclaim Vlada Mitrovic, the Honorary Secretary General of Youth for Exchange and Understanding! The YEU Convention, from now on will bear his name, so for the people to come in future, he will be an inspiration and a great example for the work done and to be done.

On behalf of the YEU family,