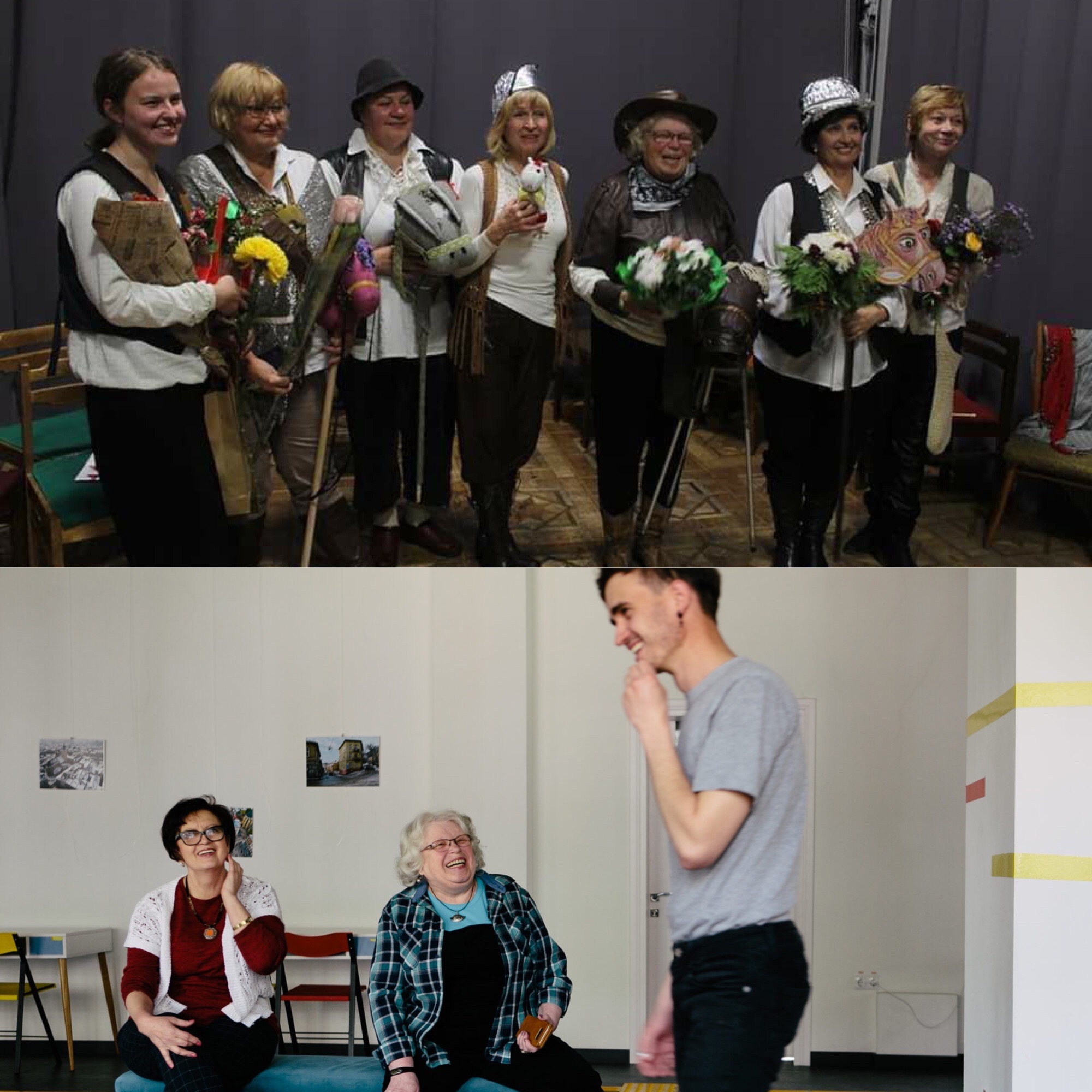 Theater Of The Third Age

Theater of the Third Age is a project of the NGO “IUS”, which unites women and men without proper theatrical education and experience playing on stage, but who are interested in theater.

Theater of the Third Age was established in late summer of 2018. The project was originally planned as a one-off, but after a successful premiere in the fall, organizers decided to prolong the project, because it was created to attract elderly people to theatrical activities, help them discover themselves and overcome their own complexes.

Yaroslav Derpak was the director of the Theater of the Third Age, and since 2018 he and the actresses have staged two plays: monologues based on plays by Vasyl Stefanyk, and The Adventures of Don Quixote by Ivan Franko. The third show was also planned, but unfortunately, quarantine became a hindrance.

As of today, the theater is under transformation, as both the director and the actresses grow and develop. That is why, soon, the audience will be able to enjoy the performances with an updated cast and a new director. However, our goal does not change, we plan to continue giving elderly people opportunity to work out their problems of fear of publicity, get rid of all sorts of complexes and clamps and thus make their childhood dreams come true. Also, as the actresses note, communication with young people (IUS volunteers) forces them to stay in shape – when keeping up with the pace of conversations, being able to quickly switch from topic to topic, and so on. Young people saturate them with energy and thirst for creativity.

The pandemic paused the Theater, but did not stop it: the actors with the director and volunteers are planning new performances and hope that it will soon be possible to invite spectators. In the meantime, anyone can watch for themselves how the performances took place at the Theater of the Third Age on the YouTube-channel of the Institute of Ukrainian Studies by following the link: https://youtu.be/skFBYwhRUJI