Deprecated: The $control_id argument is deprecated since version 3.5.0! in /var/www/wp-content/plugins/elementor/modules/dev-tools/deprecation.php on line 304
 YEU Governing Board Meeting - YEU International 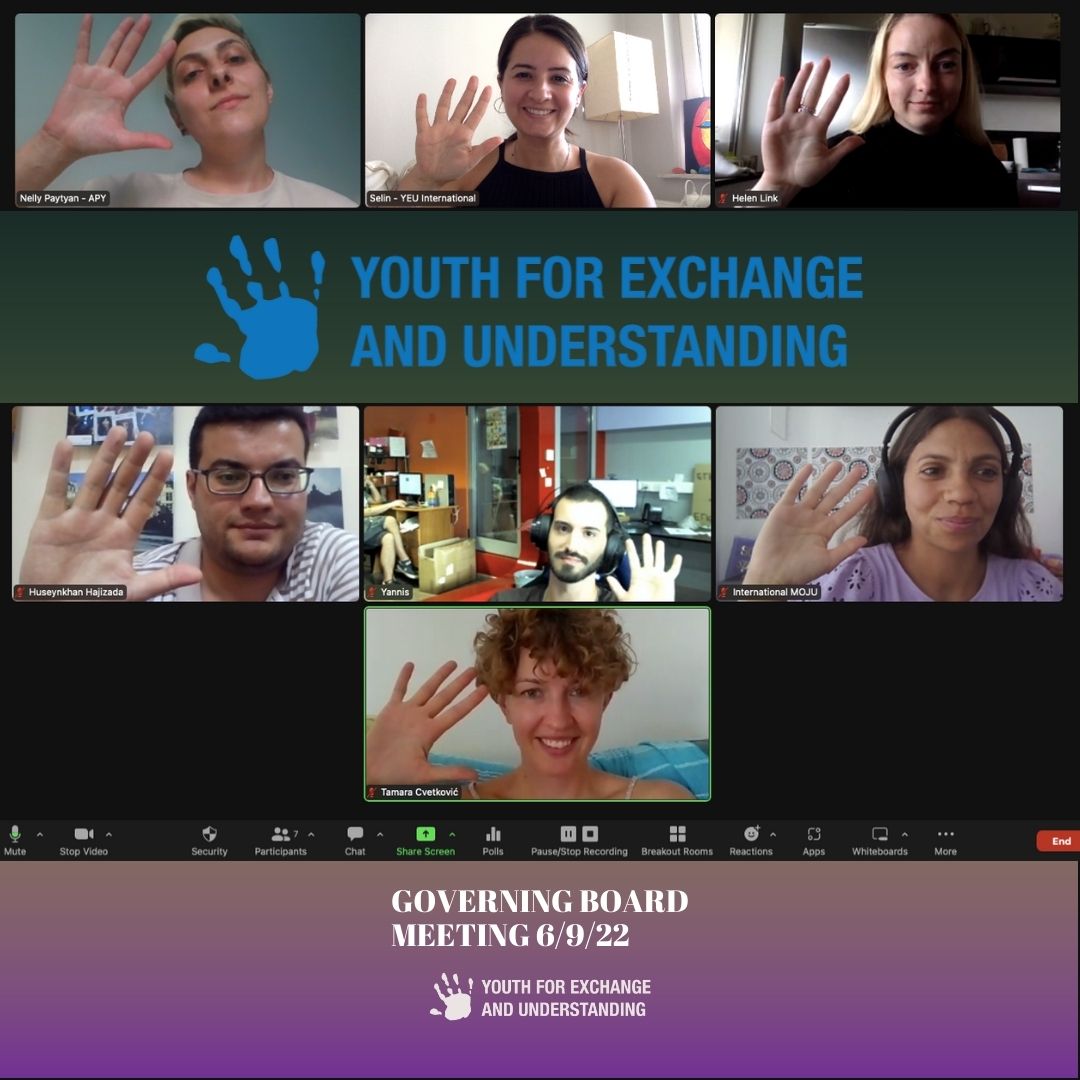 YEU Governing Board and the Secretary General met online on 6th of September as many things are ready to be tackled after the short Summer break.

During the meeting our GB members talked about the final details for the 40th YEU Convention that took place at the end of September in Greece and North Macedonia, which was the second activity of the Superheroes of Climate Change workplan.

The YEU Governing Board also discussed the other projects being implemented, YEU working groups for 2022, potential new Member Organisations, as well as the upcoming Winter Edition of the General Assembly, which will take place in December 2022.